On September 18th, 2018, in the presence of Gerry Woop (Berlin State Secretary for Europe), Prof. Dr. Axel Klausmeier (Director of the Berlin Wall Foundation), Dr. Christoph Links and many contemporary witnesses, two bronze commemorative plaques were inaugurated on Zimmerstrasse between Mitte and Kreuzberg and presented to the public. The first is on the footpath in front of Zimmerstrasse 54 and commemorates the tunnel escape of an East Berlin family, during which border soldier, Reinhold Huhn, was tragically shot dead by an escape helper.
The second plaque in front of Zimmerstrasse 8-9, commemorates the flight of three young East Berliners who, with a lot of luck, made it to freedom here through a self-dug tunnel in January 1972.
Both commemorative plaques were donated by Berlin Underworlds. They are part of the “Escape Tunnels on Zimmerstrasse” project, within the scope of which two publications have been produced:
Kein Licht am Ende des Tunnels. Berlin 1962 - Die tragische Flucht einer Familie (by Dietmar Arnold and Rudolf Müller)
Der Tunnel am Checkpoint Charlie. Eine spektakuläre Flucht 1972. (by Bodo Müller and Siegrun Scheiter)

The project was supported by funding from the State Foundation for the Reappraisal of the SED Dictatorship. 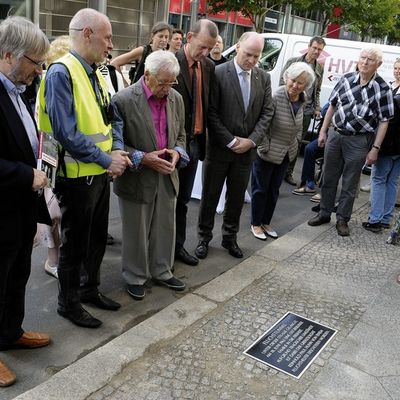 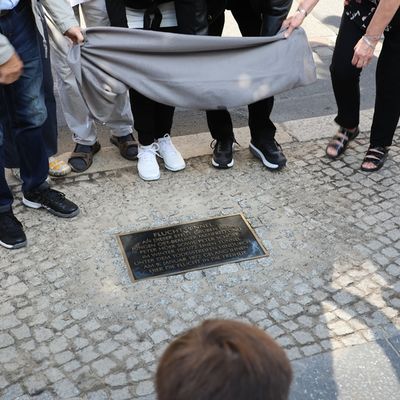 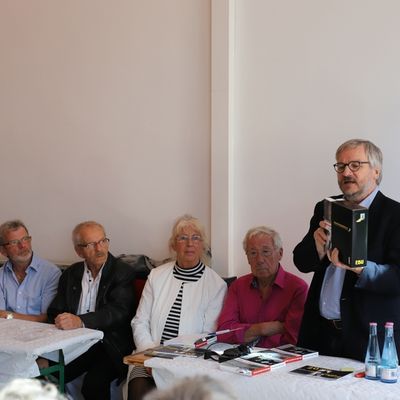 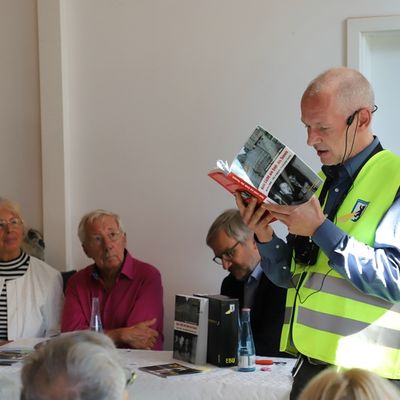 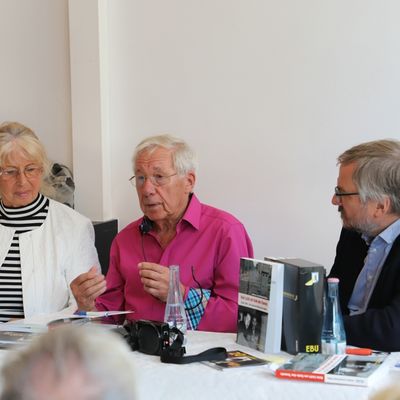 On March 27th, 2012, escape helper Harry Seidel and the District Councillor of Neukölln, Thomas Blesing, presented a bronze plaque donated by the Association at Heidelberger Strasse 25, which commemorates the death of Heinz Jercha. On March 27th, 1962, the 28-year-old was caught in a GDR State Security ambush in the opposite building in East Berlin at Heidelberger Strasse 75, where he and Harry Seidel, along with other escape helpers, had dug a tunnel. Hit by a stray bullet, Jercha was able to crawl back to West Berlin through the tunnel but succumbed to his injuries shortly afterwards. In the context of the inauguration of the commemorative plaque, the Association could show press representatives and interested participants a total of three other re-opened entrances to escape tunnels. At all three escape tunnel projects, the former escape helpers who were present could answer questions as contemporary witnesses.

On October 2nd, 2011, the presentation of the third bronze commemorative plaque at Bernauer Strasse 97 took place. It commemorates the escape helper, Wolfgang Fuchs, and the two successful escape tunnels that were initiated by him, the “Kohlenplatz Tunnel” and “Tunnel 57”. Through the first tunnel, which came out in the wrong spot and actually should have ended in the basement of Strelitzer Strasse 54, three young women from East Berlin made it to the West after all on the evening of January 6th, 1964. The second escape tunnel, which ended at Strelitzer Strasse 55, was even more successful. In the evening hours of October 3rd and 4th, 1964, 57 people reached freedom here. However, the event was overshadowed by the tragic death of GDR Border Troop Sergeant, Egon Schultz. In a shoot-out with the escape helpers, he was hit by a bullet from another border guard’s gun and died at the scene. The commemorative plaque was jointly donated by the friends of Wolfgang Fuchs and Berlin Underworlds. 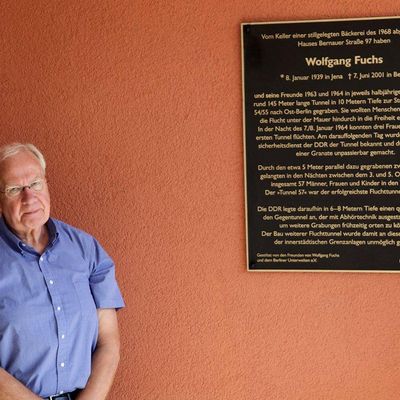 On May 24th, 2011, a commemorative plaque was unveiled in the former border hinterland of Bernauer Strasse. The Association donated this bronze plaque to commemorate a tunnel dug from East to West Berlin, which was discovered by the Stasi shortly before its completion on May 24th, 1963, as a result of a betrayal. The starting point of the tunnel was the cellar of an old bakery. The commemorative plaque is located at Kremmener Strasse 15 in Berlin-Mitte, the first street parallel to Bernauer Strasse behind the former border strip. Only around ten metres separated the escapees from freedom when the project failed. In total, 19 East Berliners and GDR citizens were arrested and sentenced to long prison terms as a result of this escape attempt.

On November 6th, 2009 – as the launch event for November 9th, 2009 – a commemorative plaque for “Tunnel 29” at Schönholzer Strasse 7, as well as a small information panel, was presented to the public at Brunnenstrasse 141. In the presence of Interior Senator, Erhart Körting, District Mayor of Berlin-Mitte, Christian Hanke, and contemporary witnesses Uli Pfeifer, Joachim Rudolph, Joachim Neumann and Hasso Herschel (all escape helpers), an information panel which commemorates the last major, but unsuccessful, escape tunnel in 1971 on Bernauer Strasse was first presented. The presentation of a bronze plaque followed, which was donated by Berlin Underworlds and memorialises the successful tunnel escapes at Schönholzer Strasse 7 on the 14th and 15th of September 1962, when 29 people managed to escape to the West. 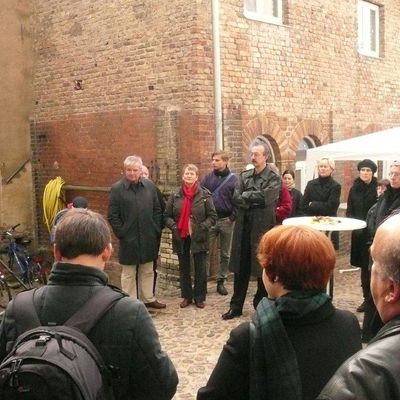 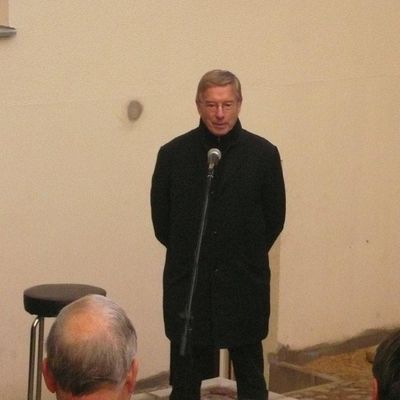 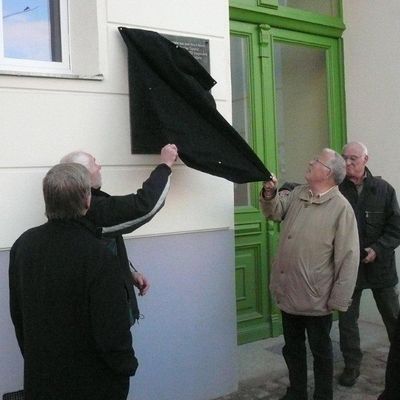 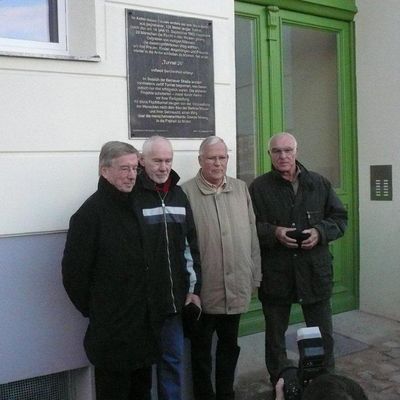