Ever since the SED regime erected the Berlin Wall in August 1961, there have been repeated attempts to cross the deadly barriers through the urban sewer system or self-dug tunnels, thus gaining access to freedom. The first tunnel project “ran” in October 1961, the last failed in 1982. In total, more than 70 tunnels were started, of which, however, only 19 were successful. Through them, over 300 citizens of the GDR managed to make it from East to West Berlin to freedom. There were spectacular successes, betrayals and bitter failures. Soon, a veritable “cat and mouse game” developed between the tunnel builders and the GDR State Security, with increasingly difficult conditions for the escape helpers and refugees.
On this two-hour tour, we not only tell stories of the escape tunnels. The Berlin ghost stations, their seemingly perfect security against so-called border violators, and the sealing off of the sewage system against underground escape attempts are also extensively covered.
We are on Bernauer Strasse, a hotspot during the building of the Wall and a focal point in escape tunnel construction. Over a distance of just 350 metres, the border installations here were tunnelled under seven times. The exceptionally low ground water level made the creation of deeper escape tunnels possible. Near this authentic historical setting, we return to the underground. In the cellars of the former Oswald-Berliner Brewery, we explain by means of original scale tunnel replicas betrayed and failed tunnel projects, as well as the two most successful and spectacular projects from the time of the Berlin Wall – “Tunnel 29” and “Tunnel 57”.

As a new highlight an original escape tunnel from 1970/71 can be seen – eight metres below the surface. This is accessed via a visitors’ tunnel approximately 30 metres in length, which was built by Berlin Underworlds over a period of a year and a half.  It is the only real escape tunnel which can still be visited today.

Please note that the hygiene and distancing rules must be followed. Wearing a mouth-nose protection (medical face mask or FFP2) is mandatory during your visit.

Currently, we offer a limited tour programme in German and English.
Dates and tickets can be found in our Online-Shop.

Tickets for this tour are only available online via our Online-Shop.
No ticket sales at the meeting point.

Tickets for this tour are only available via our Online-Shop. No ticket sales at the meeting point. 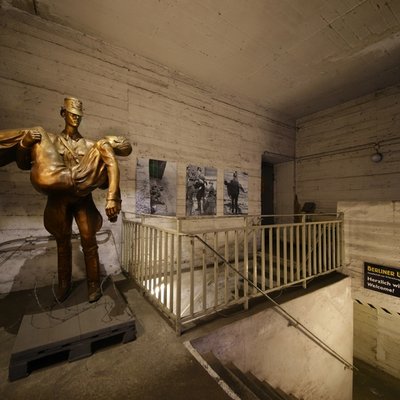 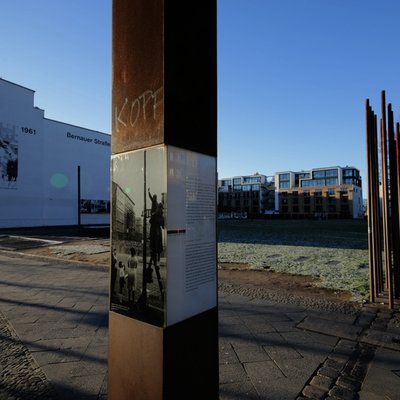 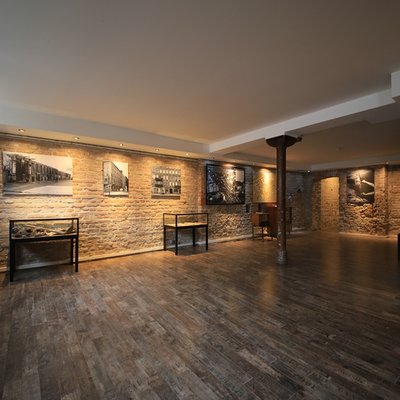 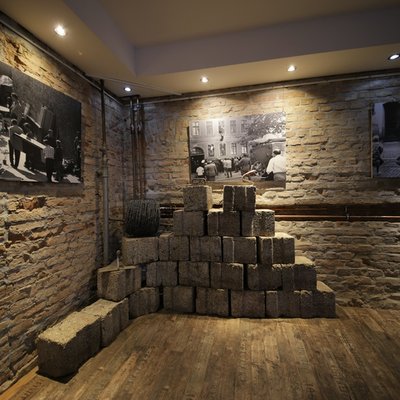 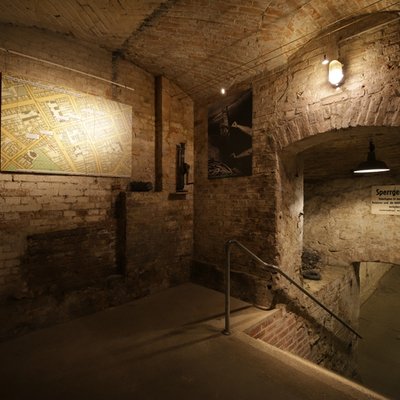 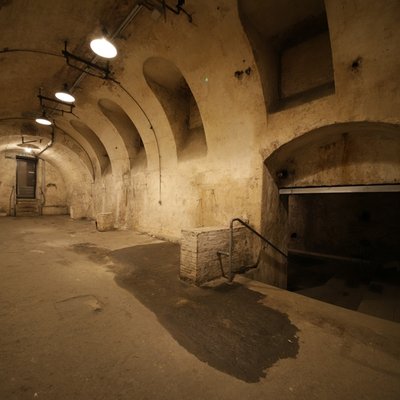 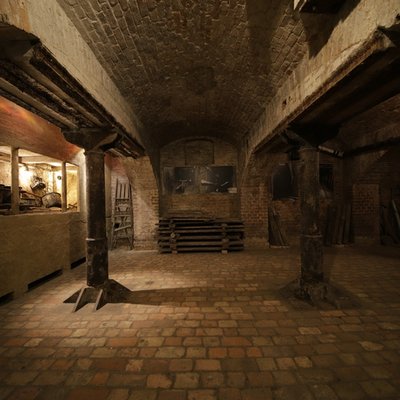 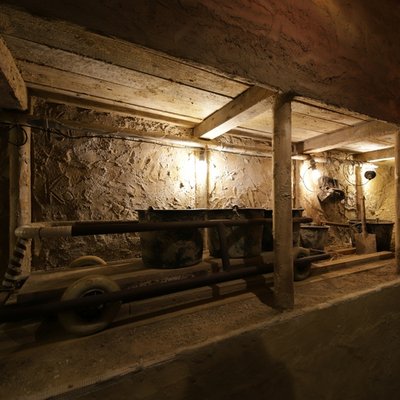 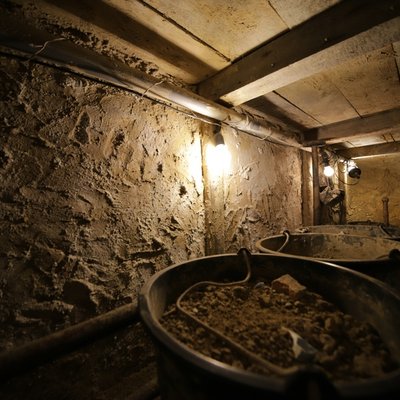 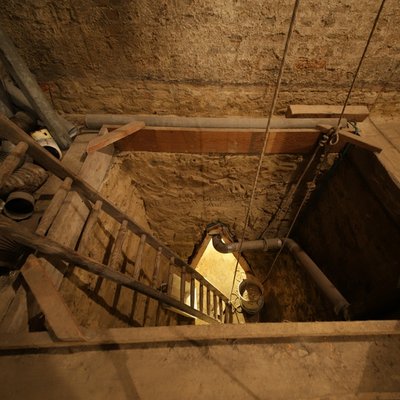 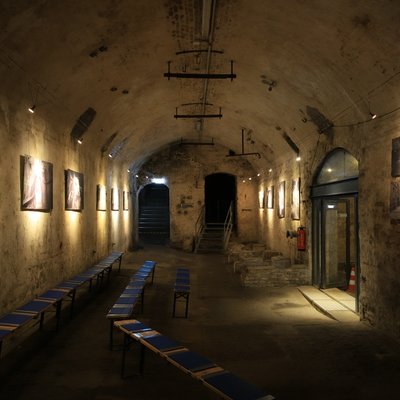 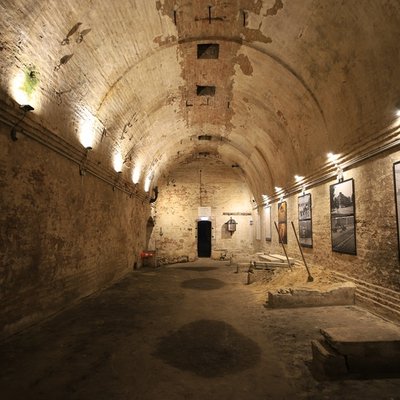 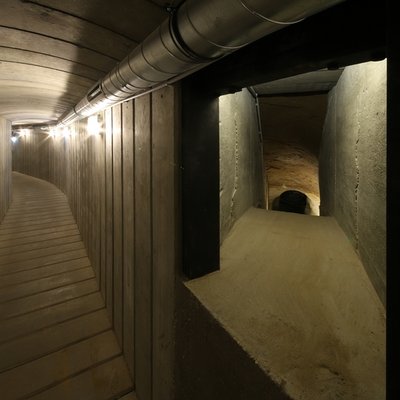 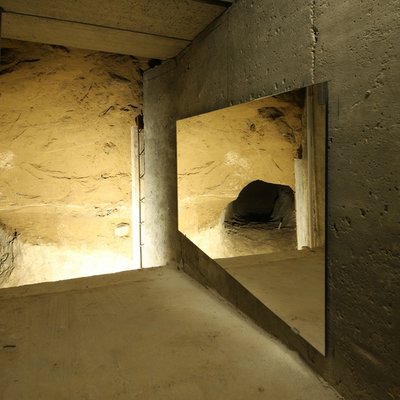 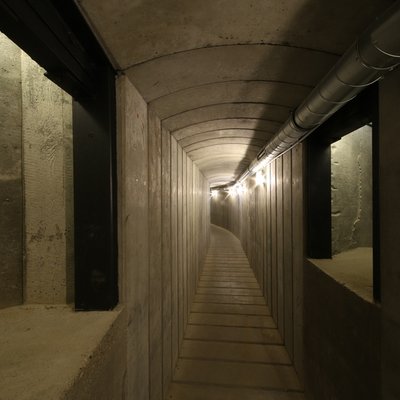 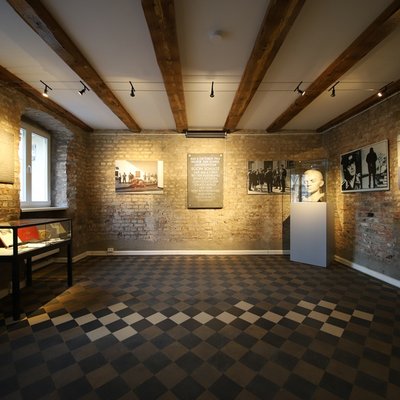