Myth of Germania – Vision and Crime

The vast project of planning Hitler’s Germania was not meant merely to serve Berlin’s citizens with a modernised habitat, but rather as a representation of the Nazi regime’s sheer power. With a project that seemed inconceivable to most, the foundations were supported by Speer’s policies of expulsion, deportation and slave labour. By combining these factors, we can see how the attempted development of this new metropolis was inevitably linked with crimes against humanity.

The exhibition displays the architecture and urban planning in Berlin during the Nazi era, the ideological objectives of the Nazi regime and the criminal methods used in its pursuit. With these goals in mind, the exhibition attempts to analyse and deconstruct the legends surrounding the hotly debated subject of the “World Capital of Germania”. The multimedia exhibition invites visitors to independently explore this complex topic. Over twenty authors from various universities and memorials in Berlin have participated in this interdisciplinary project. With seven thematic areas, the exhibition displays selected works and deals with technical, social and ideological backgrounds within the context of crimes such as expulsion, deportation and forced labour.

The exhibition is located in an underground exhibition hall at Gesundbrunnen subway station (U8). Through numerous media stations, texts and models, visitors gain a comprehensive insight into the project plans of the GBI. Additional materials include an exhibit that is part of the “Speer-Kandelabers”, artefacts from the “Klinkerwerk” satellite concentration camp in Oranienburg, fragments of columns from the New Reich Chancellery, and a test light from the tunnel below Strasse des 17. Juni. At the exhibition, visitors are also welcome to explore the plans for Hitler’s envisioned city, “Germania”. The exhibition’s main model has been taken from the 2004 film, “Der Untergang” (The Downfall), and is striking in its presence. By exploring these themes, visitors can make the connection between Hitler’s vast architectural endeavours and their criminal link with forced labour.

The exhibition is run by the members of the association on a voluntary basis.

Tickets are available via our Online-Shop as well as at the entrance of the exihibtion. For hygiene reasons, please have the price of the ticket available in cash (no card payments possible). For the time being the Info- and bookshop will open exclusively every Saturday and Sunday from 10:30 a.m. to 4 p.m.

Inside the underground station entrance, please go downstairs (Don’t use the escalator!).
The exhibition entrance is located on the left-hand side of the third flight of stairs.

Due to limitations imposed by the structure of the buildings, the exhibition is not handicapped accessible. 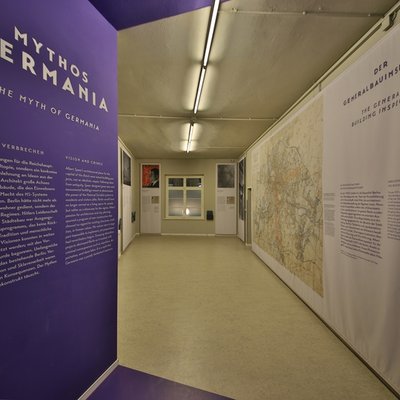 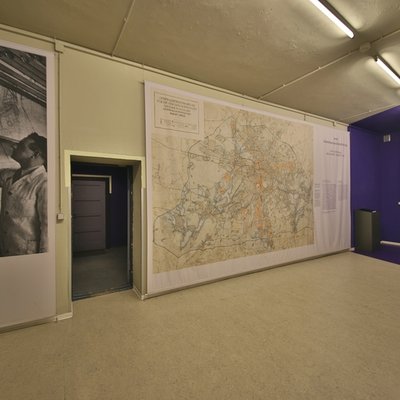 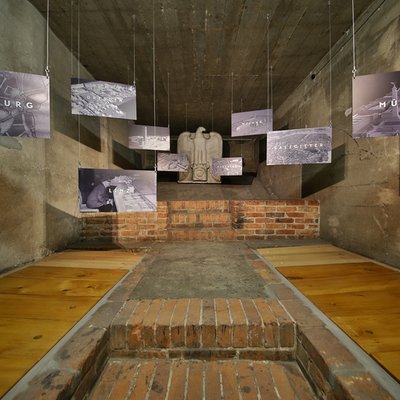 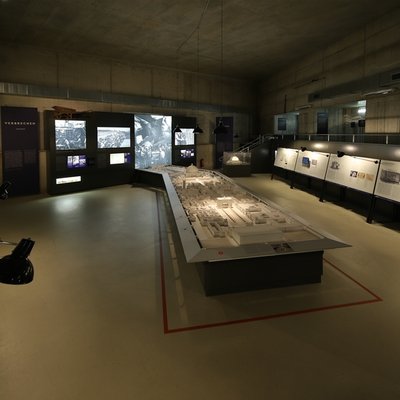 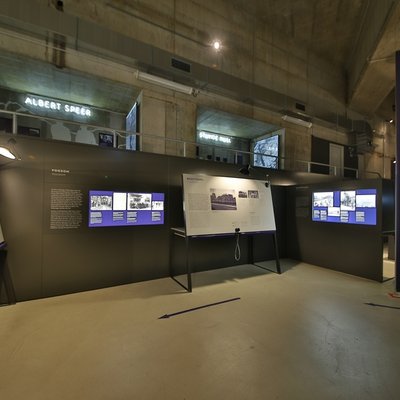 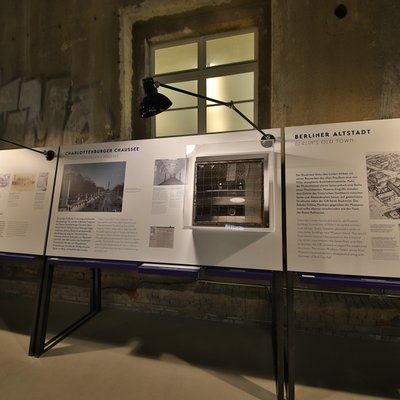 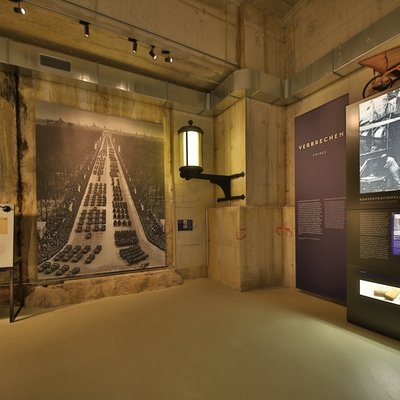 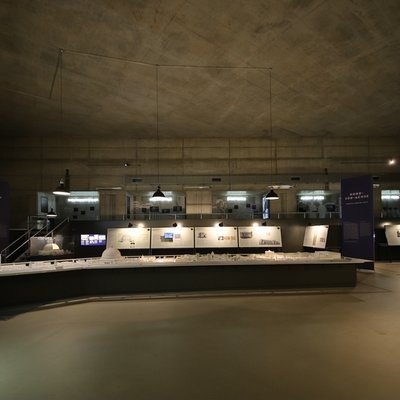 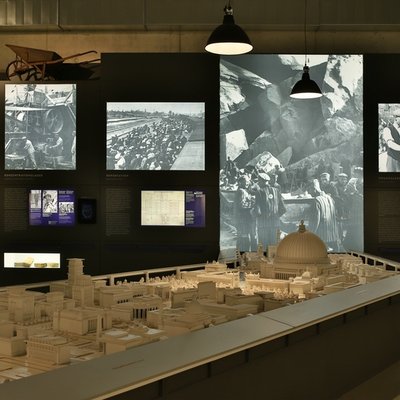 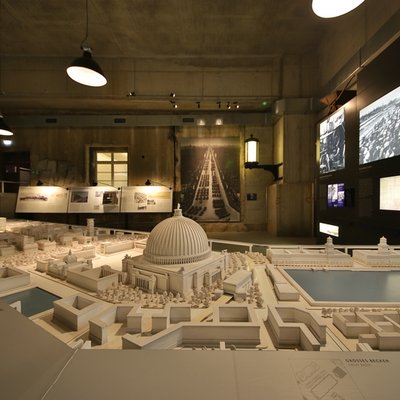 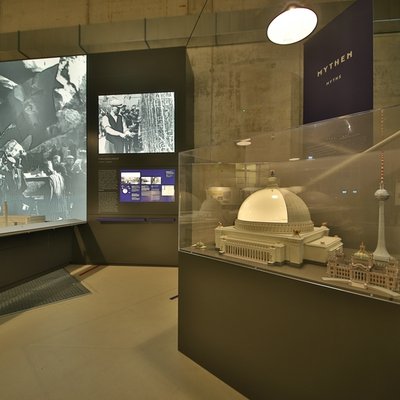 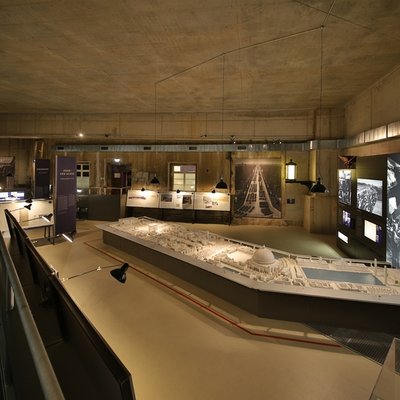 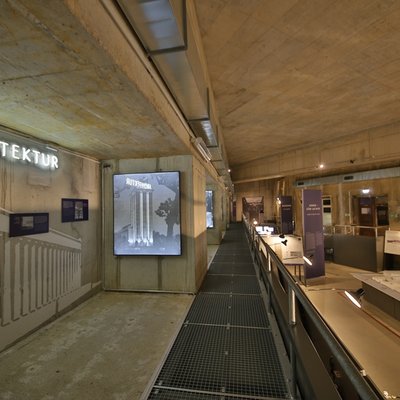 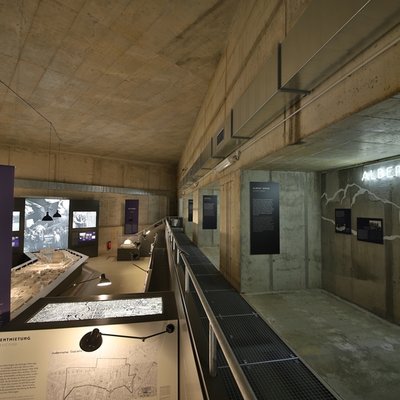 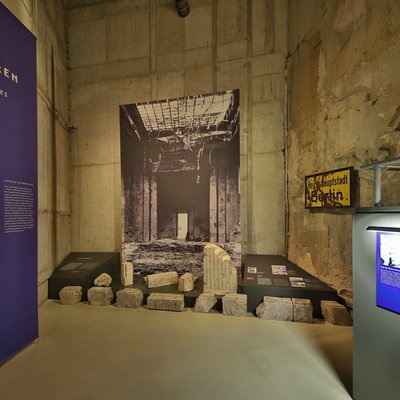 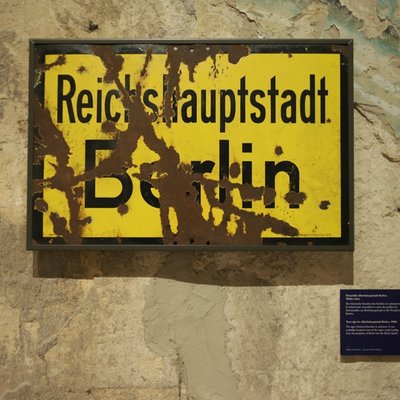 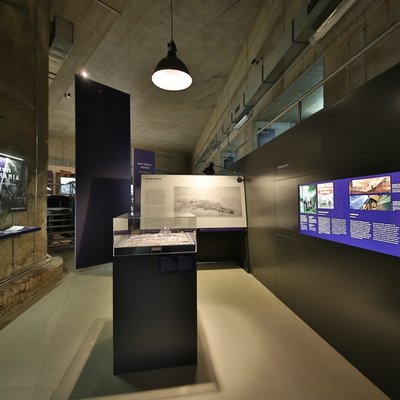 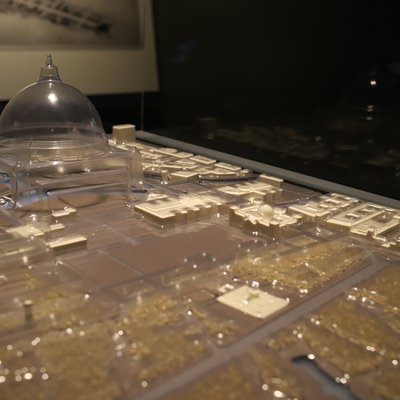